As for that Pulis, he gets on my tits too. I enjoyed that list chrysostom, means I have to type less haha. Everyone was up in arms with Juventus' behaviour at corners vs Celtic in the Champions League, but Stoke do it all the bloody time too. They're sly little cheaters, who play repugnant football with some absolutely bollocks players. Dean Whitehead comes to mind. What does he even do, bar foul people? Ryan Shotton too, he's only there for his throw because Delap's past it.

As for Dave Whelan, he does seem a nice bloke but he does irk me from time to time. As soon as there's any media attention towards Wigan, he's the first to give his 2 cents. When Martinez was meeting with the Liverpool owners, the only headlines I saw on Sky Sports News were what the latest shite spewing from Dave Whelan was. And did he never mention he broke his leg in an FA Cup final? Big shame, yes, but doesn't need brought up so much.

It's probably me being a miserable bastard, because he has done a fantastic job at Wigan. Just wish he'd wheesht.

chrysostom wrote:I see that Dave's trying to whip up a storm on Twitter about the club's new crest:

What you understand is nonsnese - though it's what the club have been putting forward by way of justification. There are no copyright issues with the old crest, there were none with the crest prior to that (that didn't have 1878 and the word Everton on it).

Apparently the old crest is difficult to produce in this modern digital age (for merchandise purposes), as it's got a lot of detail and more than one colour. Which is strange, as the FA seem to manage to produce a much more detailed and colourful crest (by the same kit manufacturers).

The problem I have with the change isn't just that the motto has gone and the laurel wreaths of gone, it's that it looks shit. It looks like it was done using a "fisher price clipart for dummies" guide and took no more than thirty seconds to put together. Someone on a fan website put this together in five minutes:

And I think that's MILES better, much cleaner, much more efficient in terms of detail and, well, it's just good.

It's easy to say that the fans just don't like change, but that's rubbish - if we didn't like change, then we'd be petitioning for the PROPER Everton kit to return ("..there's no need for a badge on the shirt, we're the team that plays in blue and white..everyone knows who we are, we don't need to tell them..."), but we're not. We just want something that's had a bit of care and thought put into it.

If it was for toddlers babygrows or bibs, that's one thing - it might work then. But for the official club crest? It's a disgrace.

As far as the comments being OTT - we've been mismanaged for 30 years, we've gone from being the best run and best club in Europe, the Bank of England Club, the Mersey Millionaries, the first purpose built football ground in the world that was fit to host the world cup semi-final and one of the greatest stadiums in the world - to basically being bankrupt, with no plan or ability to do anything about it. We've allowed our manager to leave without compensation, we've sold all of our non playing assets to pay off debt, we've got no plan to redevelop the stadium and no plan to actually improve the business model.

So the comments aren't OTT, they'll be the tip of the iceberg before long.

I don't know actually - I just didn't want to commit to saying he's my most hated manager.

Modern day Kenny Dalglish would have to be in there...maybe Colin Wanker too

Redknapp with an honourable mention?

Redknapp and honourable are two words that should never be in the same sentence. Horrible odious man.

Anyway NOW people are questioning Hodgson (http://www.guardian.co.uk/football/2013/may/30/roy-hodgson-england-gary-lineker), dunno why him playing 2 rigid banks of 4 is a surprise, did they not watch Liverpool or WBA under him at all? The man's a dinosaur and should never have been given the job.

The reason it's on the crest is that it's up on the hill at the side of Everton Valley (on Netherfield Road) - so it was the most prominent local land-mark when the club was formed (just around the corner from Old Mother Noblett's Toffee Shoppe).

charlalottie wrote:It looks like the top of a crayon.

Well, there is that.

charlalottie wrote:Wow, someone put some effort into that!
Well unsurprisingly, I'm very happy at today's news.

I think it's great news, Mourinho's a superb manager and I have huge admiration for him. 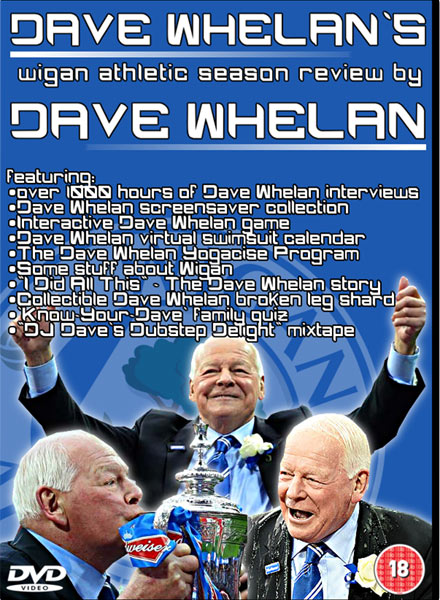 Charlalottie on Twitter wrote:Just remembered that I played pool with a satanist last night. Really should go out on a Friday more often.

Charlalottie wrote:Had a good night last night. We lost the pub quiz but had my hair plaited by a viking.

In my opinion makes him a safer choice.

Yudster wrote:Is there an element of young English players not getting a look in at top teams due to the proliferation of overseas players? Is it somehow cheaper for teams to buy in talent from abroad than develop it over time at home?

I think it depends on the team - Everton for example have had to rely on the ability to sell our best players in order to survive - so developing good young English players has been absolutely essential.

I think there are probably more clubs like Everton than there are like Man City (in terms of recent development of youth players) and so while the idea of English players not getting a chance, and somehow being lost to the game seems to make sense logically (you can see a cause and effect) I just don't think it's true - I think that the comparatively best players will always come through, if for no other reason than it makes financial sense.

We've only been buying in cheap young players from the continent for the last 15-20 years (at the very most), but we've been rubbish internationally for 40 years.

Personally I think the reasons are coaching - we favour big strong lads who can run all day over technically skilful players who might (at the age of 12) be a bit flighty and lack concentration.

Wykey wrote:we favour big strong lads who can run all day over technically skilful players who might (at the age of 12) be a bit flighty and lack concentration.

I remember reading this a while ago, and a lot of people said it's a product of children playing on full sized pitches - meaning a long ball style becomes natural in order to prevent over exertion. The FA has made a major change recently (here: http://www.thefa.com/my-football/player ... ent-review) in order to try and combat this.

I think part of our problem at all levels is a lack of diversity in the type of football our players play. Barely any English players ply their trades abroad (comparitively), or know how to play against different styles of football.