Tori Amos had a hit with 'Cornflake Girl'. Cornflakes are best served with milk, as is Special K. 'K' was the title of the 1996 album by Kula Shaker. Kula Shaker were fronted by Crispin Mills, who shares the same surname as Scott Mills. Scott Mills shares the same initials as another DJ, Simon Mayo. Simon Mayo was famous for his Confessions. 'Confessions' rhymes with 'concessions', which is how the elderly afford bus fares. Fairs of a different type are an ideal opportunity to try your hand at the coconut shy. Coconuts can be killers if they drop on your head while you're asleep. While you're asleep you are prone to rapid eye movement or REM, which links to REM and 'Losing My Religion'.

People are not 'prone' to REM, it's a stage of sleep, but Dave pronounced this a technicality. Ice Cube, It Was A Good Day

REM are from Athens, Georgia. Georgia is who the England rugby team are playing on Sunday. Sunday is a day of rest. Rest Assured had a hit with 'Treat Infamy', which featured the same music as used by The Verve on 'Bittersweet Symphony'. 'Symphony' rhymes with 'timpani', which are a type of drum. Drum is also a type of rolling tobacco, which is a primary ingredient in the manufacture of cigarettes. 'Cigarettes & Alcohol' was a hit for Oasis. Oasis the drink uses the slogan "open, pour, be yourself once more". 'More' is a magazine read by women, who make up approximately 50% of the UK population. Population is measured with birth and death records. Records are made out of vinyl. 'Vinyl' rhymes with 'Lionel', as in Lionel Richie. 'Richie' sounds a bit like 'Rich Tea', which is a type of biscuit served with hot drinks. Hot drinks are the opposite of cold drinks, which are traditionally kept cold with ice cubes, which links to Ice Cube and 'It Was A Good Day'.

'Symphony' doesn't really rhyme with 'timpani', but otherwise all good. 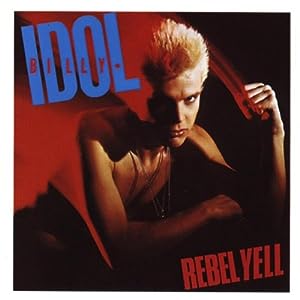 Ice Cube was part of Public Enemy, along with Dr Dre. Dr Dre is not a real doctor, and in that respect shares something in common with Dr Hook. Dr Hook shares the same surname as Captain Hook from Peter Pan. Peter Pan shares the same first name as Peter Beardsley, who has crap hair, as does Michael Flatley. Michael Flatley is good at dancing. 'Dancing Queen' was a big hit for Abba. The word 'Abba' is a palindrome. The word 'palindrome' shares the same ending as 'aerodrome', which is like a garage for aeroplanes. 'Aeroplane' was a 1996 hit for the Red Hot Chili Peppers. Peppers are one of the voting options on 'Ready Steady Cook', which was fronted by Fern Britton. Britain invented 'Pop Idol', and before that there was only one idol in the world of music whose name was Billy, which links to Billy Idol and 'Rebel Yell'.

Ice Cube was not in Public Enemy at all, Dave was thinking of NWA. Also, a garage for aeroplanes is actually a hangar, and the makers of 'Pop Idol', Endemol, are not British but Dutch. 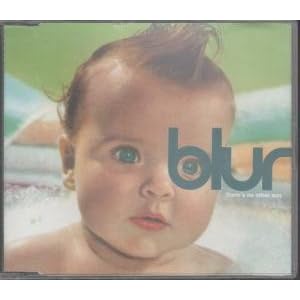 Blur, There's No Other Way

Billy Idol used to be in a band called Generation X. 'X' is the letter traditionally used by pirates to indicate the location of buried treasure on their maps. Maps are seldom interpreted properly by women. 'Women' rhymes with 'swimmin', which is what you might do in your trunks. Trunks are what elephants smell with. Another word for a smell is a scent. A hundred cents make up a dollar. Dollar were fronted by David Van Day. Days make up a week. 'Weak' was the title of a hit for Skunk Anansie, who were fronted by Skin. Skins are what students use to make roll-ups. "Roll up" is what a ringmaster may shout when trying to sell tickets for a circus. Circus tents are often referred to as big tops. 'Top Of The Pops' is a famous live music show and has featured many artists such as Blur, which links to Blur and 'There's No Other Way'.

Blur frontman Damon Albarn provided vocals for some of the tracks by Gorillaz. 'Gorillas In The Mist' starred Sigourney Weaver. Sigourney Weaver shares the same surname as Nicky Weaver, who plays for Manchester City. Manchester City are managed by Kevin Keegan, who has curly hair, as does Chaka Khan. Chaka Khan shares the same surname as Imran Khan, the Pakistani cricket legend. The game of cricket involves bales, as does the process of rolling hay. Hay is the bedding of choice for horses, who are measured in hands. Hans Christian Andersen was an author of children's stories. Stories are found in tall buildings, and tend to be connected by lifts. Lifts are made by Otis, who curiously are based in Reading. Reading is twinned with Dusseldorf in Germany, and Germany is where Snap are from, which links to Snap and 'The Power'.

Horses eat hay, they don't sleep on it.